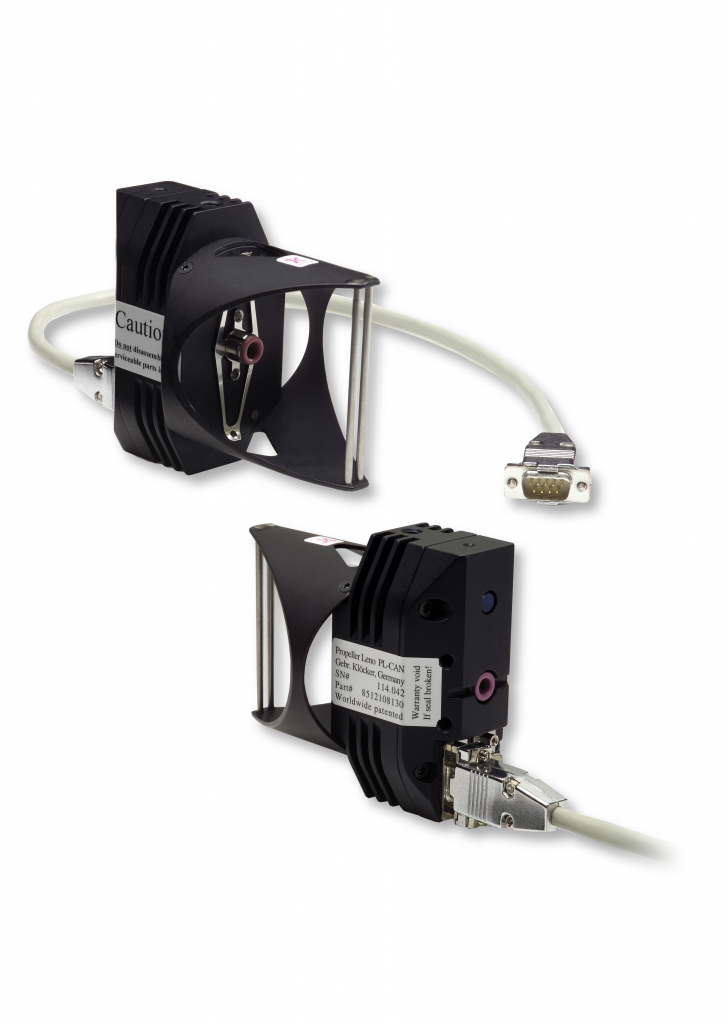 Which additional installations are necessary?

A cross leno cone creel of highest quality is crucial in order to draw off the leno yarn with little tension and without jerk. In conjunction with this, Klöcker offers all the necessary accessories that make up the function unit which consists out of cross leno cone creel, thread reversion etc.

What needs to be considered in terms of maintenance?

Fly needs to be removed frequently. In order to avoid the hollow shaft to get plugged, it needs to be cleaned regularly. The frequency of this process depends on the individual surrounding in the weaving mill.

How many picks per rotation are recommended?

About 30 to 50 picks are a good reference value. According to the corresponding individual circumstances another value may be better. However, this value is relatively uncritical.

How can the disproportionate friction of the leno threads at the guiding bars be avoided?

Due to the diverse thread reversion of the leno ends at the guiding bars, their friction at the bar is also different. This phenomenon largely may be adjusted by optimizing the blade angle of the Propeller Leno®.

How is the cutting-in effect of the leno end in the propeller dealt with?

Principally, the propeller is a wear and tear part with a limited lifetime only. This in turn highly depends on the thread tension and the aggressiveness of the selected leno yarn. For this reason, no generally valid statements about the lifetime of the propeller can be made in this context.

No, the return motion is completely guaranteed. The success rate of the automatic thread breakage detection is not being influenced negatively.

How can an early shed opening be realized?

In general, the Propeller Leno® is not in need of an early shed opening. In case this is nevertheless requested from the end of the customer, it may be adjusted fairly easily.

How can the correct shed change be assured?

Due to the high speed of the rotation, even at crawling speed the shed change is not visible with the naked eye. While the weaving machine is running, only a stroboscope can make it visual. Apart from that, the transition point may be checked through step-by-step rotation.

May the Propeller Leno® be used in case of fabric division?

This is principally possible. In such a case the required cutting channel for two Propeller Lenos® should offer a space of 85 mm.

May the end of the single leno thread be prevented from protruding or from turning down during rotation reversal?

It is not always possible to completely prevent the end of the leno thread from protruding. Yet this is not a vital disadvantage. In many cases, this effect easily may be minimized by special binding sequences.

Can the Propeller Leno® produce the selvedge on the receiving side?

Yes, and in fact this is one of the most remarkable advantages of the Propeller Leno®. By a double installation on the receiving side many, and sometimes even all catch threads, can be saved which eventually shortens the pick.

How strong is the selvedge of the fabric?

The Propeller Leno® produces a full-cross fabric selvedge. The strength of the selvedge therefore is to be put on a level with the Disk or Planetary Leno. Moreover, multiple bindings may extraordinarily increase the selvedge’s strength especially when weaving fabrics with a low weft spacing.

How can the shed opening be increased?

The effective shed opening is larger by about 60 % than it seems at first glance. Therefore, it is not to be compared with the maximum shed opening of the warp or leno thread. It is nevertheless advantageous to install the Propeller Leno® as close as possible at the reed.

What needs to be taken into consideration when buying new weaving machines that are supposed to be equipped with the Propeller Leno®?

Please contact us regarding the availability at the manufacturers and the weaving machine types.

Can older weaving machines be upgraded with the Propeller Leno®?

This depends on the weaving machine manufacturer and the year of construction. Yet an upgrade generally is possible in most cases thanks to a separate control and an individual connection to the existing turning angle transmitter. An upgrade alternatively becomes possible through the Propeller Leno® in CAN-Bus version being subject to direct connection to the electronics of newer weaving machines.

Can a control be used on other weaving machines?

The controls can not be used on any weaving machine but only on units that are equipped with special hardware and software being responsible for the adjustment to the corresponding turning angle transmitter of numerous types of construction. Apart from this, a later upgrading unfortunately is not possible.

How can parameters be set?

The Propeller Leno® in CAN-Bus version allows the necessary operational parameters, such as the angle of shed closing, the number of twists or the kind of binding to be adjusted via the console of the weaving machine and are integrated in the common menu display. With respect to the alternative solution, that is the separate control, parameters may be set through a console and display being integrated therein.